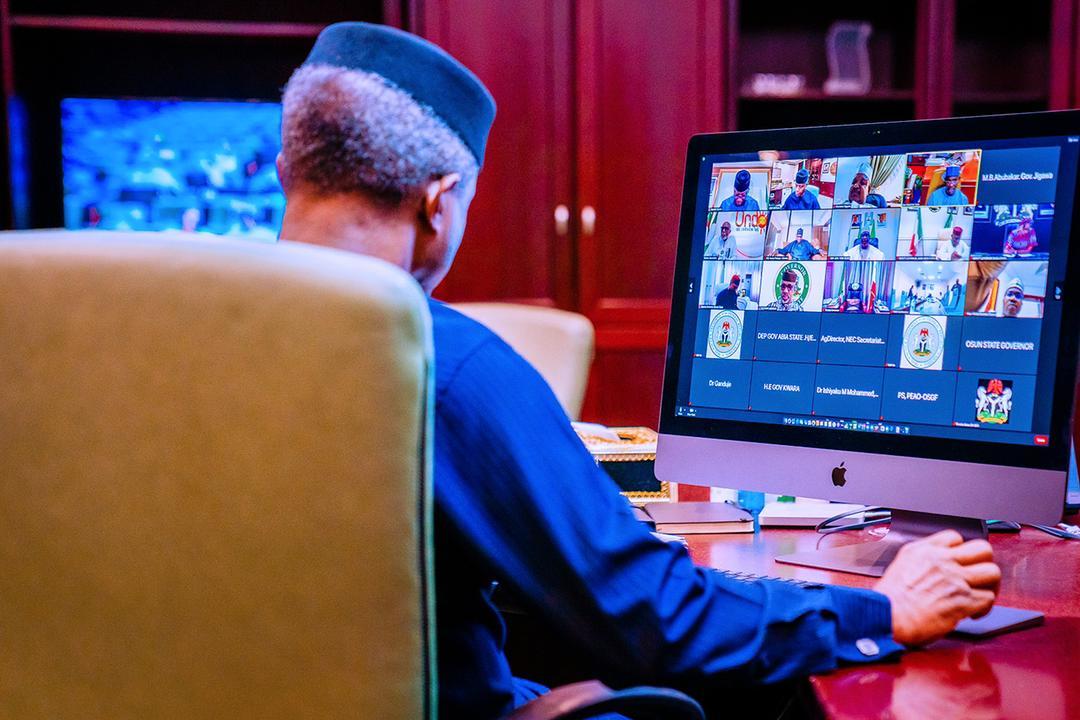 Vice President Yemi Osinbajo has said that the passage of the Petroleum Industry Bill, and Nigeria’s gas initiatives, will transform the nation into a gas-based industrialized country.

He explained that they will create a better-managed petroleum industry with more value addition for both investors and Nigerians alike.

According to a communique by the Senior Special Assistant to the President on Media and Publicity, Laolu Akande, Professor Osinbajo stated this on Monday during a virtual event to mark the 25th anniversary of Sahara (Energy) Group.

Prof. Osinbajo said, “the main goal of the passage of the Petroleum Industry Bill and the gas initiatives aforementioned is to transform Nigeria not only into a gas-based industrialized nation through enhanced accelerated gas revolution, but also to help create a better-managed petroleum industry where both the people of Nigeria and investors alike can extract value”.

“Locally, we launch into the brave new world for the oil and gas industry with the Petroleum Industry Act 2021,” he added.

“And this happily converges with the launch of the Year 2020 to 2030 as the ‘Decade of Gas Development for Nigeria’. This is a follow-up to the highly successful initiative of the Year 2020 as the Year of Gas”.

He explained that the next 25 years will be defining for the energy industry.

The Vice President, again reiterated the need for a just transition to zero-emission, and more advocacy to stop the defunding of gas and fossil fuel projects in developing countries

According to him, “the wealthier nations and their institutions have banned all public investments in certain fossil projects, including natural gas. Examples include the European Union (EU), the United Kingdom, Germany and Denmark, as well as specific institutions such as the Swedfund from Sweden, Norway’s Sovereign Wealth Fund, the largest in the world, CDC, the development finance institution from the UK, the European Investment Bank, and the Investment Fund for Developing Countries from Denmark.

“The World Bank and other multilateral development banks are being urged by their shareholders to do the same. The AfDB is increasingly unable to support large natural gas projects in the face of shareholder pressure from their European members.

“Barely two weeks ago, the UN Secretary-General made a strong call, that ‘Countries should end all new fossil fuel exploration and production, and shift fossil fuel subsidies into renewable energy.’”

The VP said that the Federal Government is partnering with affected countries, but urged “indigenous energy companies such as yourselves [Sahara Group] to join in the urgent advocacy that is required to prevent the disaster that would result from defunding oil and gas projects”.

“Nigerian companies have shown capacity in operations and financing of oil and gas assets. Within this group of patriotic local investors, Sahara has consistently blazed the trail as industry leaders in not just the Petroleum sector, but in the Power sector as well,” he added.

While commending Sahara Group for being “a great ambassador for the Nigerian entrepreneurial brand”, the VP noted that the group has demonstrated “bold, innovative, knowledge-driven business models that are designed to seize opportunities in other countries and have done so with remarkable success in many African countries”.

Also, the gas initiatives of the Federal Government include the drive to encourage investments in gas production and optimize the nation’s enormous gas potential.

In addition, Compressed Natural Gas (CNG) is being developed into an alternative automobile fuel to give Nigerians cheaper, cleaner and additional fuel. This is expected to reduce the ecological and economic costs of energy.

There is also the Gas Master Plan which provides for investment in the necessary infrastructure for gas transportation across the nation.

Experts believe these will help reduce local crude oil dependency, whilst strengthening the drive for cleaner sources of energy as a nation.

In November, the National Gas Expansion Programme was launched. It focuses on the distribution of Compressed Natural Gas and Liquefied Petroleum Gas across gas stations operated by the Nigerian National Petroleum Corporation (NNPC).