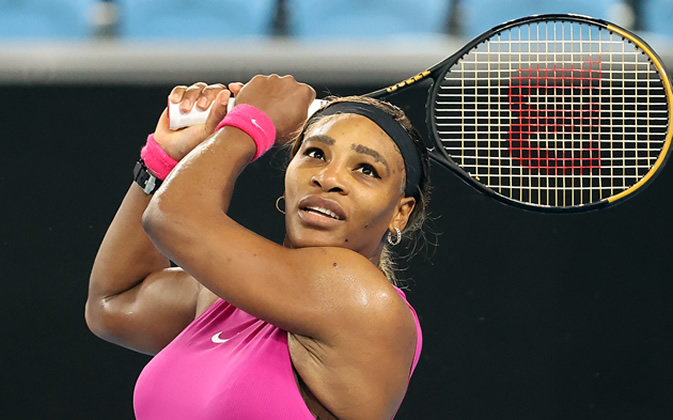 The clinical seven-time champion, in her 20th Australian Open and 77th Grand Slam, was simply too intense in beating the Romanian 6-3, 6-3 on Rod Laver Arena.

“Definitely think this is the best match I have played this tournament, for sure,” said 10th seed Williams, who is another step closer to a record-equalling 24th Grand Slam title.

“Obviously I had to be going up against the number two in the world, so I knew I had to do better, and that’s what I did and I’m excited.”

Japan’s Osaka stands between Williams and a place in another decider after the third seed crushed Taiwanese veteran Hsieh Su-wei 6-2, 6-2.

The ultra-consistent Halep had only beaten Williams twice in 11 meetings going back a decade but destroyed her 6-2, 6-2 the last time they met, in the 2019 Wimbledon final.

But Williams came out all guns blazing to hold serve then forced a breakpoint with a searing cross-court backhand, taking a 2-0 lead when Halep sent a forehand long.

The Romanian, Williams’ highest-ranked opponent since defeating then number two Osaka at Toronto in 2019, settled down and immediately broke back.

Williams’ coach Patrick Mouratoglou said this week she was moving better than at any time since giving birth and she worked more breakpoints in game six, converting on the second.

She was striking the ball hard, cleanly, and accurately, giving Halep few opportunities to counter-attack, and took the set in 36 minutes with a fittingly dominant love game.

But while easily outpacing Halep in hitting winners, her unforced error count was soaring and some poor shots gifted the Romanian an early break for 2-0 in the second set, with Williams turning to her box and asking: “What’s happening?”

She regrouped to immediately strike back then failed to hold serve again as Halep became more aggressive, only for the second seed to throw away the advantage by allowing Williams to break once more.

The driven American finally held serve to level the set at 3-3 and in a mammoth, and decisive, a six-minute game featuring a 20-shot rally edged ahead 4-3 on her sixth breakpoint.

There was no way back for a dejected Halep as Williams held serve then took the honours on her second match point.