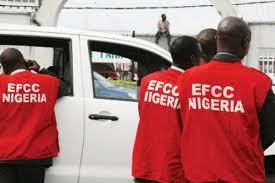 The Federal High Court in Abuja on Monday refused to grant the Economic and Financial Crimes Commission permission to appeal against its October 6, 2020 ruling which rejected two confessional statements made by a co-defendant in the trial of a former Head of Service of the Federation, Mr Stephen Oronsaye.

The EFCC is prosecuting Oronsaye, Osarenkhoe Afe and three other firms on 35 counts, including illegal acts of “conducting procurement fraud by means of the fraudulent and corrupt activities on the contract of biometric enrolment”.

The EFCC had tendered the extra-judicial statements made to the commission by the second defendant, Afe, on February 24, 2011, and March 11, 2011, as exhibits.

But Justice Inyang Ekwo, in a ruling delivered on October 6, 2020, refused to admit the statements exhibits, citing constitutional breaches.

The EFCC sought to appeal against the decision but needed to obtain the court’s leave to be able to proceed because its grounds of appeal were not purely on points of law.

Ruling on the EFCC’s application for leave to appeal on Monday, Justice Ekwo held that granting such application was at the discretion of the court.

Justice Ekwo adjourned the case till February 2 to 4 for the prosecution to proceed with its case.