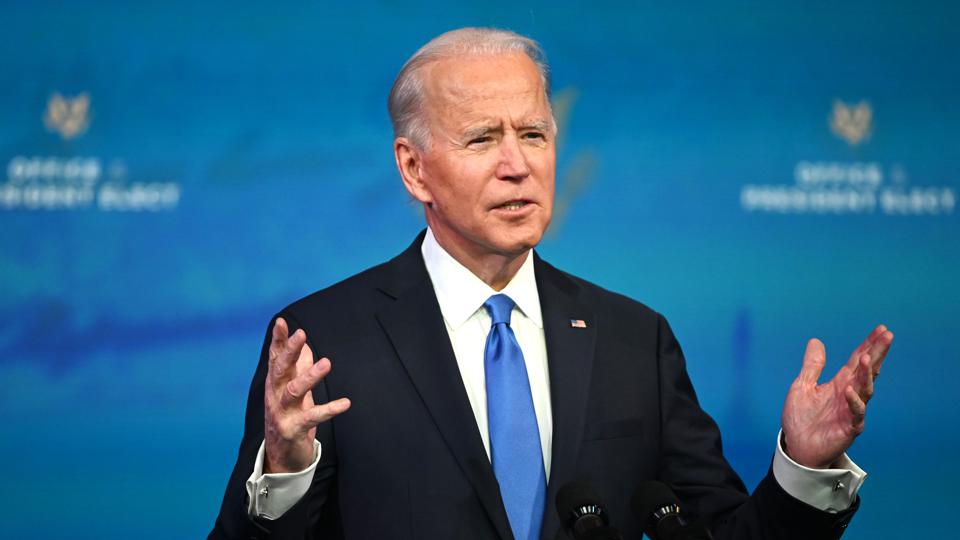 President-elect Joe Biden has said politicians can’t seize power in the United States because power has to be given by the American people.

“In America, politicians can’t assert, take, or seize power. It has to be given by the American people. We can’t ever give that up. The will of the people must always prevail,” the 78-year-old Democrat winner in the November presidential election tweeted on Tuesday.

Biden’s comment comes as Georgians troop to the polls Tuesday for two closely-watched US Senate runoffs that could shape the first years of the new Democratic presidency.

US President Donald Trump and his successor are both in Georgia for the battle of the Senate seats.

For nearly 20 years Georgia has voted reliably Republican in the presidential election and Senate contests.

But Biden pulled out a shock victory here in November, one of several states that he flipped to win the White House, and the races for Senate have come down to the wire in the biggest, most expensive congressional runoffs in US history.

Polls open at 7:00 am (1200 GMT) in this southern state. A record three million-plus people have voted early, election officials say, and final results may not be known for several days.

Nearly $500 million combined, a staggering figure, has been spent on campaign advertising.

The Republican and Democratic parties have made Georgia their political ground zero, with thousands of volunteers leaving no door unknocked and current and future presidents and vice presidents barnstorming the state for every last vote.

The races feature Republican incumbent senators Kelly Loeffler and David Perdue, both wealthy businesspeople-turned-politicians, against Black pastor Raphael Warnock and documentary producer Jon Ossoff.
Noting that “the whole world is watching,” Trump implored Georgians to re-elect the Republicans. Tuesday’s runoffs are “your last chance to save the America that we love,” he said.

Biden, on his part, has warned against any form of fraud in the runoffs. “Georgia — If you haven’t returned your absentee ballot yet, drop it off at a drop box in your county today. If you’re voting in-person, make your plan,” he tweeted.

SERAP drags FG to UN over Sowore, others’ detention