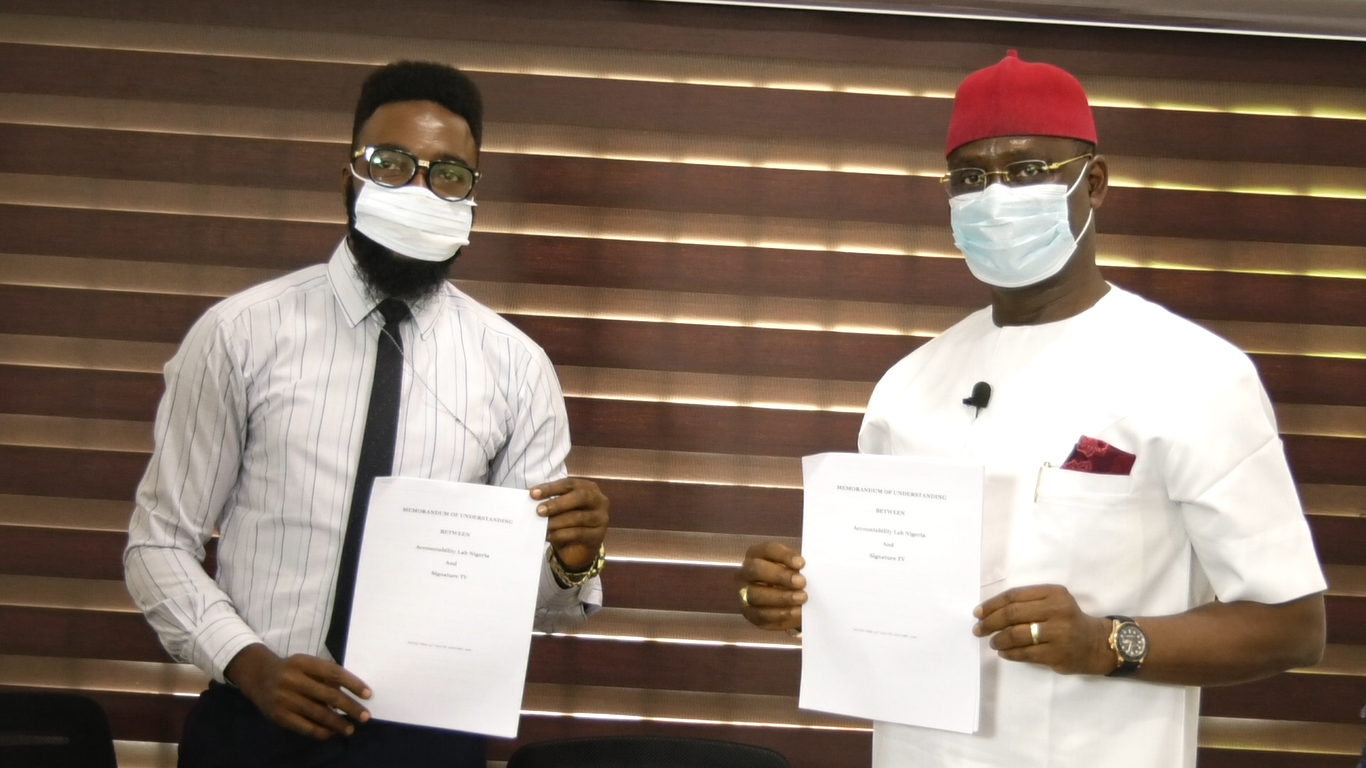 The contribution of the media to the fight against corruption got a major boost on Tuesday as two anti-corruption, the non-governmental organization teamed together to work for transparency, accountability and anti-corruption.

The two organizations, Signature TV and Accountability Lab signed a partnership agreement in Abuja, to drive the war on corruption to a higher level.

The country director of Accountability Lab, Odeh Friday said that the anti-corruption work which Signature TV undertakes in its investigations and reports stands it out as a focused organization

Mr Odeh, who was represented by the Communications Officer, Prince Chuwuka Chimaroke commended the consistency of Signature TV and its drive to take the anti-corruption campaign to the grassroots.

The Chief Executive Officer of Signature TV, VinMartin Obiora Ilo said that the reputation of Accountability Lab recommends it to any serious-minded organization for collaboration.

Mr Ilo, in expressing his expectations from the agreement said with the two organizations working together, Nigerians would be encouraged to demand accountability while insisting that those who go against the law are punished.