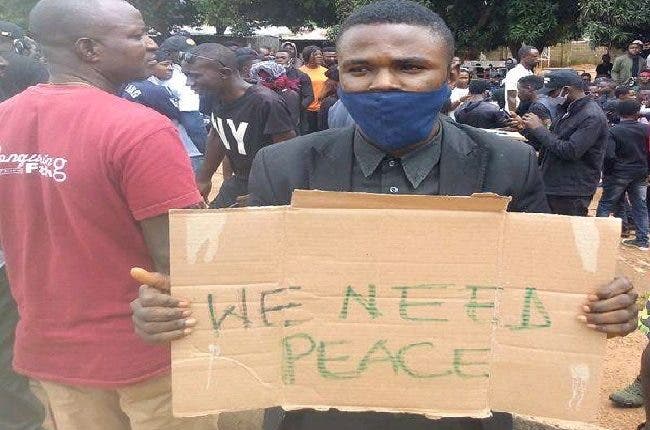 The group’s National Coordinator, Rev Dauda Fadia, in a statement on Wednesday, accused Binniyat of raising falsehood that Adara natives of Kallah ward, in Kajuru Local Government Area of the state, witnessed another tragedy which led to the killing of some persons.

But, Fadia, warned those he christened “conflict merchants” against raising dust that would rupture the fragile peace; rather he called on residents to assist Governor Nasir El-Rufai to deliver the dividends of democracy to the people.

“Our attention has been drawn to reports of alleged renewed killings in Southern Kaduna by suspected Fulani militiamen, credited to one Luka Binniyat, who purports to be speaking on behalf of the Southern Kaduna Peoples Assembly

“We hasten to state that the claims made by Binniyat, the National PRO of Southern Kaduna Peoples Union (SOKAPU), were deliberately concocted, to achieve a premeditated agenda of hate, incitement and confusion SOKIPEP.

“We make bold to say that, upon reading the wild claims, we immediately undertook assessment visits to the villages he claimed were taken over by militias and we discovered that no inch of our land was so annexed by anybody.

“We, the Southern Peace Practitioners Forum ((SOKIPEP), wish to categorically state that, contrary to the lies being bandied about by Mr Binniyat, peace has since returned to Southern Kaduna, against the wishes of some people who benefit from the misfortunes of our people.

“We wish to further debunk the false narrative of continuous attacks’ on Southern Kaduna communities and to note, however, that the few cases of criminality in the area, are not peculiar to any particular tribe or ethnic origin.

“In one word, we dare to say that there is no empirical evidence to show that some villages in Southern Kaduna have been sacked, neither is there any occupation of communities by a certain militia group.

“No doubt, the pockets of crimes that assail Southern Kaduna, are only defining characteristics of globalization, and the attendant challenges,” he said.