HomeNEWSMaina bail request to evade arrest, flee to US – EFCC

Maina bail request to evade arrest, flee to US – EFCC 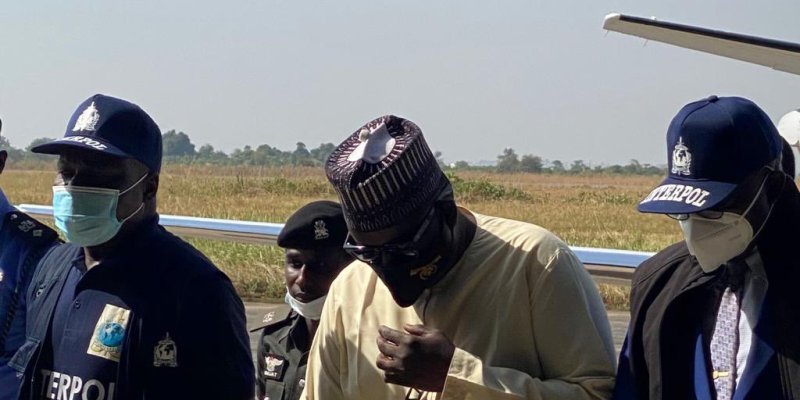 The Economic and Financial Crimes Commission on Wednesday said the former Chairman of the Pension Reform Task Team, Abdulrasheed Maina’s bail request is to evade arrest and flee to the United States of America.

The Commission in a fresh court document said Maina wanted to flee to the US where he and his family are equally citizens.

It said, “After jumping court bail, Maina sneaked to the Niger Republic to obtain new travel documents at the US Embassy in Niamey to enable him flee back to the US where he and his family are equally citizens.”

The EFCC noted that Maina decided to go for fresh travel documents because his earlier ones had been deposited with the Registrars of the Federal High Court and the High Court of the Federal Capital Territory as part of the conditions attached to the bail granted him last year by both courts.

The commission, which filed the document in opposition to a fresh bail application by Maina, cautioned the court against admitting him to bail again in view of his antecedents.

The EFCC faulted Maina’s claim of deteriorating health, and on which he hinged his fresh bail application.

“The first defendant (Maina) did not suffer or undergo any treatment for any health challenge in his knee whether in Nigeria or the Niger Republic,” the commission said.

It added that it had on October 2, 2020, filed an affidavit to debunk the false claims of the first defendant about undergoing treatment of his knee at the Maitama General Hospital, Abuja.

Recall that the ex-Pension Reform Task Team chairman is being tried on money laundering charges before a Federal High Court in Abuja and was later found by the court to have jumped bail and fled to the Niger Republic.

Upon an arrest warrant issued by the court, Maina was later apprehended in the neighbouring country and returned to Nigeria by security agents.

The commission in the counter-affidavit filed by its lead prosecuting lawyer, Mohammed Abubakar, asked the court to reject the bail application.

Maina had in his application, said that he needed time to enable him adequately attend to his deteriorating health condition.

He assured the court that he has “reasonable and responsible sureties”, willing to stand for him if granted bail.