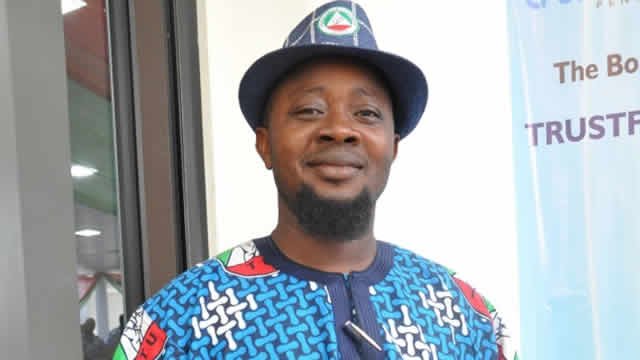 The Federal Government has again increased the electricity tariff payable by power consumers across the country.

Approval for the hike in tariff was given by the Nigerian Electricity Regulatory Commission, as the increase which varies, based on different consumer classes, took effect from January 1, 2021.

A few hours after the news of the tariff hike broke, the NERC issued a statement, denying a 50 per cent hike as had been reported in some circles

The regulatory agency blamed N2 to N4 adjustment in tariff on inflation and movement in foreign exchange rates.

However, the Trade Union Congress issued a stern warning, asking the Federal Government to revert to old electricity tariff or face the consequences of its action.

The NERC had announced the tariff hike in its December 2020 minor review of the Multi-Year Tariff Order and Minimum Remittance Order obtained by our correspondent in Abuja on Tuesday.

The tariff increase is taking effect just two months after the government through NERC implemented a hike in November 2020, which saw widespread opposition.

The MYTO order containing the latest tariff hike, Order NERC/225/2020, was signed by the new Chairman of NERC, Sanusi Garba, and it supersedes the previous Order NERC/2028/2020.

Providing reasons for the latest tariff hike, the commission said it considered the 14.9 per cent inflation rate rise in November 2020 and foreign exchange of N379.4/$1 as of December 29, 2020.

Others were available generation capacity, the United States inflation rate of 1.22 per cent and the Capital Expenditure of the power firms before the tariff was raised.

The commission also stated that the new tariff would be effective till June 2021 while a Cost Reflective Tariff would be activated from July to December 2021.

The commission had stated last month that it was carrying out a review for another tariff, hence the latest order announcing an increase in the rates payable by consumers.

In September last year, the commission raised electricity tariff but this faced stiff opposition from the organised labour, as the unions threatened to embark on a nationwide strike.

After a series of negotiations, the tariff was reduced based on consumer classes and the hours of power supply received by an electricity user.

On November 1, 2020, power distribution companies commenced the implementation of the revised electricity tariff that was jointly agreed upon by organised labour and the Federal Government.

Findings showed that in the latest MYTO review, some power users would pay as much as N12 extra as electricity tariff.

It was further hiked to N57.1/kWh for July to December 2021, meaning that Ibadan Disco is allowed to collect this much from customers under its franchise areas

Tariff increased by only N4 –NERC

But in a public notice on the matter, the NERC stated that it only hiked the tariff of some selected classes of consumers.

It said, “The tariff for customers on service bands D and E (customers being served less than an average of 12hours of supply per day over a period of one month) remains frozen and subsidised in line with the policy direction of the Federal Government.

In compliance with the provisions of the Electric Power Sector Reform Act and the nation’s tariff methodology for biannual minor review, the rates for service bands A, B, C, D and E have been adjusted by N2 to N4 per kWhr to reflect the partial impact of inflation and movement in foreign exchange rates.”

The commission argued that it never hiked tariff by 50 per cent, adding that it remained committed to protecting electricity consumers from failure to deliver on committed service levels under the service-based tariff regime.

Revert to old price or face the consequences of your decision, TUC warns FG

However, the Trade Union Congress reprimanded the Federal Government over the hike in electricity tariffs announced on Tuesday.

It described the decision as ‘wicked’ and ‘another betrayal of trust’ coming in the middle of ongoing negotiations by the FG and the organised labour on the November 1, 2020 hike.

The union asked the government to revert to the old price or face the consequences of its decision.

This was contained in a statement by the TUC President, Quadri Olaleye, and the Secretary-General, Musa Lawal, titled, ‘Electricity hike: Another betrayal of trust’.

The congress wondered “why this government espouses unfriendly policies that are capable of crippling the economy.”

It said many companies which could not pay the previous tariff hikes had either closed shop or relocated to neighbouring countries.

The TUC stated, “Does it mean there is no other way this government can creatively generate revenue? It has become obvious that the outrages from the organised labour and the masses and the series of negotiations we had with the government were just cosmetic and hypocritical.

“There is so much deceit and laziness in the system; there is hardly any promise made that they have followed through.

“Only yesterday (Monday), we read again that the Academic Staff Union of Universities is withdrawing its members because this same government has reneged on its promises reached a few days ago.

“How can the government go-ahead with an increase in tariffs again when we have not resolved the one done earlier? This is preposterous, ridiculous and sheer wickedness.”

The congress noted that it had become the butt of jokes among Nigerians because it was reluctant to launch an offensive on account of the poor state of the economy.

It said, “The economy was struggling before the outbreak of the pandemic and we thought it wise not to worsen our situation. The sacrifice means nothing to these people, who forced us to tighten our belt while they loosened theirs.

“Darkness enhances criminal activities and now they have chosen to keep us in the darkness thinking their high fences will save them. We call on the government to be responsible for once. Nigerians will like to know what we gained from border closures. Insecurity did not stop, neither did it stop the smuggling of rice and others.”

The TUC said the government should not push the organised labour to the wall with its harsh policies.

It stated, “You don’t just churn out policies without weighing the pros and cons. How many people can afford to pay the last bill to talk less of this recent one? The organised labour should not be pushed to the wall because it will actually do all no good. The government must revert to the old price or be willing to accept the outcome of this decision. This is a betrayal of trust and it is unfortunate.”